How Dr. Jay Barganier Used Marketing Coaching to Get Out of Debt and Achieve His Business Dreams

Out of His League

By the time he was 33, Dr. Jay Bargainer was $3,000,000 in debt. As with many young dentists just starting out, he was eager to start applying the skills he learned in dental school and build his practice the way he wanted. But like many new dentists, his ambitions were checked when he was hit with the reality of debt and running a business.

“I bought a practice out of necessity to own, because I can’t work for someone else,” says Dr. Barganier. “It’s just not part of my abilities. There was another dentist in the same building as me with his own practice, and having bought my first practice I didn’t want competition in my own building.

With the guidance of his PDA Marketing Coach, Jenni Bollman, Dr. Barganier is now looking at expanding his practice.

“He was a quiet guy and I hadn’t spoken to him very much. I ran into him in the hallway one morning, so I used that opportunity to say ‘Hey, man. If you ever want to sell your practice, talk to me first.’ He looked at me and said, ‘Son, I just turned 70 today, let’s do this.’ So I bought his practice.”

With the debt of two practices, the building, dental school loans, and a mortgage on a home he had purchased the year before, Dr. Barganier knew he needed help.

“I was hopefully cool and calm on the surface,” he says, “but quietly I knew I was out of my league.”

Dr. Barganier’s father, who is also a dentist, introduced him to PDA. “My dad was smart enough to realize that as a young man purchasing a practice, I needed to produce enough dentistry to make the loan payments. He put PDA Productivity Workshops in front of me and asked how I felt about going to Texas. I said, ‘Great! Can you pay for it?’

“He did, and it was the best C.E. money he ever spent! I knew how to do dentistry. But I didn’t know how to have fun while doing it and be able to practice the way I wanted. After listening to Dr. Baird, I decided that I was going to do what he talked about.”

“My goal in the beginning was to not sink the ship,” says Barganier. “It was scary, and I didn’t know what I was doing.

“When I started with Marketing Coaching in 2013, I knew I just needed someone to hold my hand. I needed a sounding board and someone who could help me look through the fog of being an owner and operator to what needed to be done.”

Early on, he told his PDA Marketing Coach that he wanted to be the best and be known for being the best. He realized that while he could do that over a 30-year career, that would mean being at the pinnacle of his career just before retiring.

“I knew if I did things right from the start, I could be where I wanted at the beginning of my career instead of at the end,” Barganier says. “Marketing Coaching seemed like a bargain to me: to have someone articulate everything and do the design, layout, and lead the way.

“Paying for a Marketing Coach every month seemed like a low-cost team member who would add a lot of value.”

Why a Marketing Coach

Dr. Barganier partnered with PDA Marketing Coach Jenni Bollman to develop strategies and materials to market his practice. “My Marketing Coach Jenni is amazing. She’s not a W2 staff member, but I think she’s my best team member. She takes great notes and knows my thoughts as well as I do.

“The biggest benefit to me is that there are few times as a dentist that you can hand off something to someone else and get it back quickly and of better quality than you would have done. The quality of the materials and the results are amazing. I just don’t have to worry about my marketing.”

Marketing in the dental industry is a relatively new field. Says Barganier, “My dad was a dentist and he would have never advertised.”

But with societal changes and resources available via the internet, dentists who are not marketing are missing the opportunity to attract potential patients. “As far as marketing goes, I look at is as patient recruitment,” says Barganier. “Because as a dentist you can be the best and wait for people to figure it out, or you can let them know that you’re good enough to invite people in and then let them decide if you’re good enough for them.”

To anyone who is on the fence as far as marketing, Barganier says, “If you’re considering advertising, absolutely use PDA. I have nothing but positive things to say. It’s a phenomenal thing to do if you have the ambition to try it out and stick with it.

“And again, I would not do this without PDA. It’s the real deal.”

A good way to measure the success of Barganier’s marketing efforts is by looking at the numbers. “Out of our one practice we grew 266% since starting advertising,” he says. “Our goal this year is to hit 333% and we’re on track to reach that.” 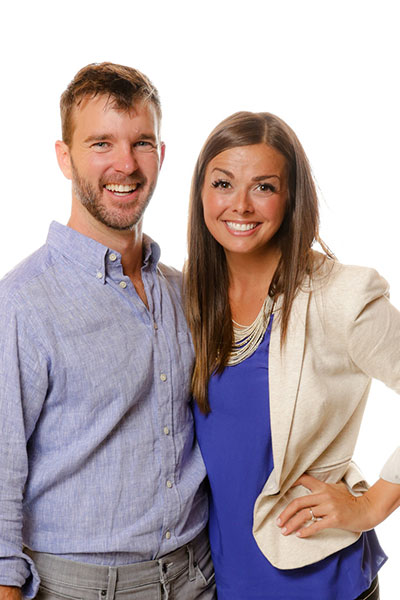 With the explosive success he’s seen from his marketing efforts, Dr. Barganier’s goals have switched from survival to expansion. This year, his goal is to buy another practice or build one.

“With the tools we have with working through PDA we get too many patients for the number of doctors we have,” he said.

“I’m in the process right now of looking at locations, practices, and doctors to join us. I’m looking at expansion in order to maximize the return on our marketing investment, and to make sure that as a father and a husband I’m doing my best in everything I do to provide security for my family.”

Barganier’s expansion is also takes into consideration his longevity as a dentist. “It doesn’t hurt to do the dentistry I love and run additional locations. When I used to be done with working during the week, my body wouldn’t feel good. I would have old man pains and I’m 39. It doesn’t hurt to hire people and develop strategies, so we are working smarter.”

Bringing It All Together

As he reflects on his career so far, Barganier says, “If you want to know the honest truth, six months after graduating, I had this moment of ‘Oh, crap. I’m a dentist and I’m going to be working in people’s mouths the rest of my life. I’m not even sure this is fun.’

It was after his first experience at a PDA Productivity Workshop where those two goals meshed. “That’s where it clicked, and I thought ‘Wow, I can really impact people’s lives if I can get the skills to do what people want done.

“With Jenni’s help, advertising gave everything I was doing the boost so now I can say ‘Holy cow, I get to do this every single day!’ I mean, I’m a dentist; some people would think it’s crazy that a dentist would love their job as much as I do.”

With the combination of his efforts, PDA’s expertise, and the support of his team, Barganier’s practice is thriving. “I’m a happier dentist. I would say 4-5 times a week I get to change someone’s life: they didn’t have the confidence or optimism to smile. They come in and get their new smile and I get to be the one to help give them the confidence they need.

“And I get to do it every day. It’s amazing. My job as a dentist and my satisfaction with my life is exponentially greater than it would have been without PDA.

“I feel I’ve had a fantastic career already and I’m not even 40 yet. PDA has allowed me to do the life-changing dentistry that would otherwise have taken me my entire career.

“I feel very fortunate to be where I am now and enjoying it as much as I do. And the fact that I didn’t have to do this by myself is amazing.”

All-Inclusive. All In-House.
Are you paying multiple different companies for similar services? We provide all your practice's branding and marketing needs right here under one roof.

The Fruits of Productivity: Connecting with Your Community

Productive Dentist Academy is designated as an Approved PACE Program Provider by the Academy of General Dentistry. The formal continuing education programs of this program provider are accepted by AGD for Fellowship, Mastership and membership maintenance credit. Approval does not imply acceptance by a state or provincial board of dentistry or AGD endorsement. The current term of approval extends from 10/1/2016 to 9/30/2020. Provider ID# 217561